In video games, you don’t necessarily compete against a machine. The advancement of streaming technology has allowed for the inclusion of cross-platform multiplayer in a growing number of games and consoles. The announcement that console gamers may compete head-to-head in online tournaments was a watershed event for the gaming industry. Thanks to a variety of additional opportunities, gamers are able to get together often. For this reason, Twitch has rapidly surpassed its competitors to become the go-to platform for gamers to watch and interact with one another while they enjoy their chosen titles.

Influencer Marketing Hub is able to provide you with an estimate of the potential cost of purchasing a sponsorship for every given Twitch channel in addition to providing you with an indicator of the media value of that channel. These ratings take into account a number of different aspects, but they primarily show the amount of influence possessed by the selected Twitch channel. The tools that are listed below are not considered to be official Twitch tools, nor are they affiliated with or approved by Twitch in any manner. This tool was designed by the Influencer Marketing Hub in order to assist Twitch broadcasters and businesses who are contemplating collaborating with them with recommendations about the media value-earning potential.

The Twitch channels are visited by people for the amusement. They also pay for the things they want.

Affiliates and Partners of Twitch have the opportunity to earn a percentage of the funds received when users subscribe to their channels. Affiliates have the ability to provide each subscriber a unique Sub Emote that may be used in the conversation area. On the other hand, Twitch Partners have the ability to unlock a maximum of fifty different Sub Emotes, which might serve as an incentive for viewers to subscribe at higher tiers.

There are three different subscription tiers that viewers may choose from: $4.99, $9.99, or $24.99. The cash from subscriptions is first shared evenly between the broadcaster and Twitch at a ratio of 50:50. However, large broadcasters often earn a bigger share of the subscription money. In certain instances, this amount might even reach one hundred percent.

Providing streamers with a steady source of cash is undeniably one of the most important advantages that subscriptions can provide to online video content providers. They will keep getting their allotted portion of a payment for a subscription until the subscriber actively cancels the subscription on their end.

Bits are the platform’s in-house digital currency. A subscriber to a channel has the ability to purchase Bits and then exchange those Bits for a variety of emotes that they may use to cheer in the chatrooms of their favorite streamers. Different animated emojis, known as Bit jewels and Cheernotes, each have a different value in terms of the number of bits they are worth. These vary from a little gray Bit gem worth one bit to enormous red highly animated star Bit gems worth 10,000 bits apiece. The smallest gray gem is worth one bit, and the largest star gem is worth 10,000 bits. Cheernotes are distinct in their own way due to the fact that individual streamers are responsible for personalizing them. However, the method in which they operate is essentially the same.

The advertisements on Twitch function in a manner that is similar to those of those on YouTube. However, only Twitch Partners are eligible to partake in the money that is generated by the advertisements. According to CNBC, the average amount of advertising income is roughly $250 per 100 subscribers, making it a highly profitable business for individuals who have millions of followers.

Opportunities for pre-roll and display advertising, as outlined by the IAB, are available on Twitch. They compensate streamers based on a CPM basis, which pays for every one thousand views. The surge in the use of ad blocking software is one factor that has contributed to the recent decline in advertising revenue. However, streamers do often request that their viewers disable ad blocking software in order to assist them.

Although a significant portion of the allure of Twitch broadcasting is derived from the humorous commentary provided by the streamers, the majority of those that broadcast on Twitch is very skilled gamers. Some of them are involved in e-sports competitions on a professional level. The industry of e-sports is massive, to the point that there are even television stations devoted to it.

In addition to the money they make from their Twitch feeds, these broadcasters have the potential to gain a significant amount of money by winning their respective championship games. On Twitch, Kuro “KuroKy” Takhasomi has a respectable following with 12,186 subscribers, despite the fact that this number is far lower than that of the most popular broadcasters, who have millions of subscribers. It’s quite unlikely that he pulls in a significant amount of cash via the standard means of monetization available on Twitch. However, as the leader of Team Liquid Dota 2 and a support player for the team, he performs very well in e-Sports Championships.

Richard Tyler Blevins is the one that is responsible for running the Ninja channel. Because of the popularity of his Fortnite broadcasts at the height of the game’s popularity, he is the first person to amass 10 million followers on Twitch. There are presently 17 million people that follow Ninja. He also has his own line of products, which he sells, and is sponsored by Red Bull. Shroud is a Canadian word. Michael Grzesiek is the one who is responsible for Shroud. Battle arena games are his specialty, and he has 10 million people following him. You may discover Shroud supporting Postmates, Nitrado Game Servers, and Logitech if you go to the “About” portion of his channel. Pokimane is one of the few female broadcasters on Twitch who has amassed a significant audience. Pokimane is known as Pokimane. Her birthplace is Morocco, but she was reared in Canada, and her true name is Imane Any. She is a Twitcher. She has 9.2 million followers who tune in to see her play video games like Fortnite and League of Legends, among other games.

How much do twitch streamers make per bit

Bits are a kind of virtual money that players have the opportunity to “spend” on the gaming websites of their choosing. Players have the freedom to choose whatever websites they want to play on. There are several different options available to players for “spending” their bits in the game. Twitch rewards its Affiliates and Partners with one penny for every unit of bitcoin that is spent on their channels by users of the platform. The audience member is given the opportunity to cheer and clap along with the performer’s parts.

On average, streamers on Twitch earn $0.001 USD per bit, although there are instances in which their bits are worth more than that. Twitch streamers may expect to generate around $250 in revenue for every 100 followers they have. However, the amount of money that they earn from advertising could change from time to time in the same way that it does on every other channel. Do streamers get the whole of the data that is provided to them? Streamers are compensated $0.01 USD for every byte that is successfully downloaded. Streamers who do not reside in the United States will be awarded in the currency of their country of origin based on the changing value that is in effect at the time that they are paid. Those rewards will be dependent on the value of the United States dollar at the time they are paid.

How much do twitch streamers make per prime sub

On the other hand, the contracts that must be fulfilled in order to become a Twitch Partner will differ significantly from one Twitch Partner to the next. Streamers who have a larger following will often get a larger percentage cut from their subscribers, and the other clauses of their agreement will most likely be more detailed and difficult to understand than those of Twitch Affiliates.

How Much Do Twitch Streamers Make?

Those that broadcast their gameplay on Twitch and have a sizable audience have a number of different financial options available to them as a result of their broadcasts. According to the conclusions of a survey that was carried out by Influencer Marketing Hub, the highest-earning broadcasters on Twitch together bring in more than $20 million in revenue per year. At this time, the cost of a monthly membership may be any one of three distinct amounts: $4.99, $9.99, or $24.99 appropriately.

You can choose any one of these three prices. Affiliate streamers who play for forty hours per week have the ability to produce between three thousand and five thousand dollars per month for their streaming services. [Citation needed] [Citation needed]

1. How many views do you need to get paid on Twitch?

To qualify as a Twitch Partner, you need to have an average of at least 75 concurrent viewers over a period of at least 30 days.

2. How much money do Twitch streamers make?

Small broadcasters that are Twitch Affiliates may often earn between $50 and $1,500 per month if they put in a lot of effort and consistently attract viewers, followers, and subscribers. This range is based on the average.

3. Who is the top Twitch streamer?

1. Who is the highest-paid streamer?

At the moment, Ninja, Auronplay, and Rubius are the most popular broadcasters on Twitch in terms of the number of followers each of them has.

2. Who are the top 3 Twitch streamers?

Richard Tyler Blevins, better known as Ninja, is the first person to amass 10 million followers on Twitch. This was mostly attributable to his Fortnite streaming at the game’s peak popularity. Adults only please on Timothy John Bater’s TimTheTatMan channel. In the male-dominated world of Twitch streaming, Pokimane stands out as one of the few women who have built a substantial fan base.

3. Who is the biggest female streamer?

Pokimane has over 6.5 million subscribers on YouTube (only on her primary channel), over 3 million Twitter followers, and over 5.5 million Instagram followers, making her the undisputed leader among female streamers.

4. How much do girl streamers make?

Earnings for female gamers who broadcast their games online range from minimum pay to six figures. Image Any, better known as Pokimane on Twitch, was the highest-earning female streamer in 2020, making almost $550,000. This is more than double the average yearly compensation of a cosmetic surgeon.

5. How much do small Twitch streamers make?

In the end, the decision is entirely up to you. You should only pursue this option if you are willing to put in a significant amount of time and effort that goes beyond merely playing video games and if you are also alright with the risk that you won’t be able to support yourself financially in the short term.

Earning a living off of Twitch is difficult, but it’s not impossible. You will need a platform that is not just user-friendly but also fascinating to the population you are trying to reach in order to get the most out of your efforts related to streaming. You should check out Studio 2, the newest product from Lightstream if you want to stream a range of different types of entertainment. Studio 2 gives you the ability to broadcast anything, from anywhere, to anybody. It is never too late to give Twitch a go, especially now that it is more popular than it has ever been. 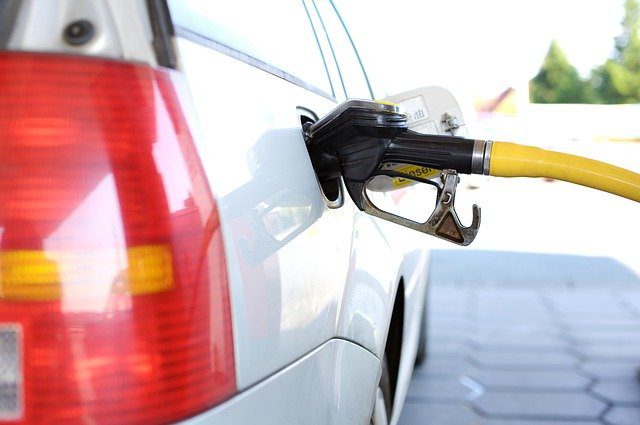 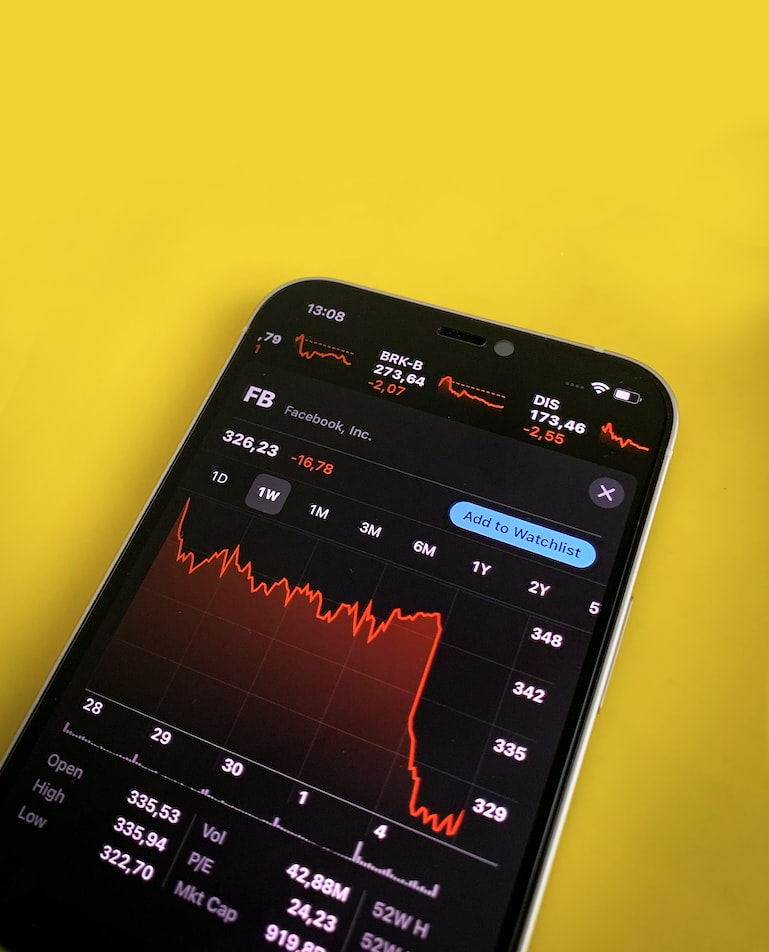 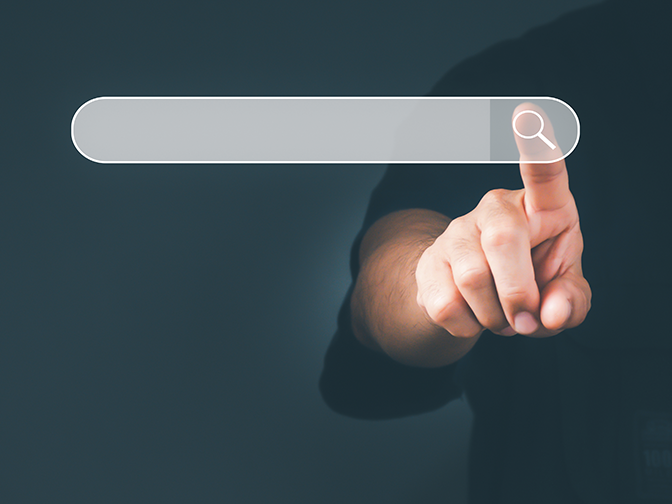 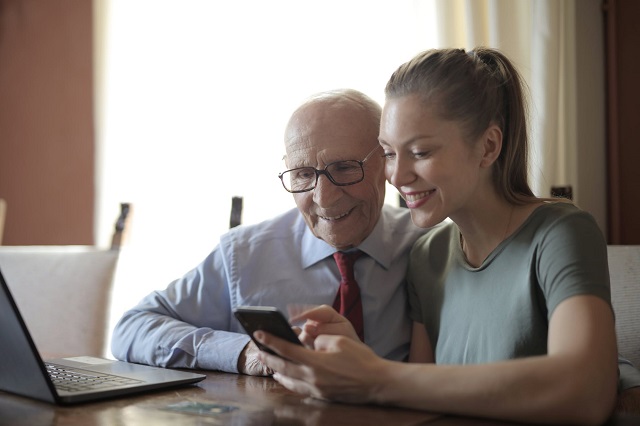 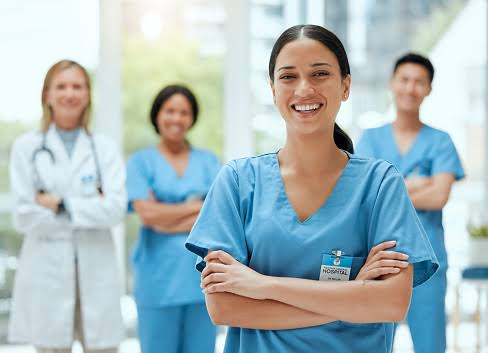